MDK2 HD shows up on Steam 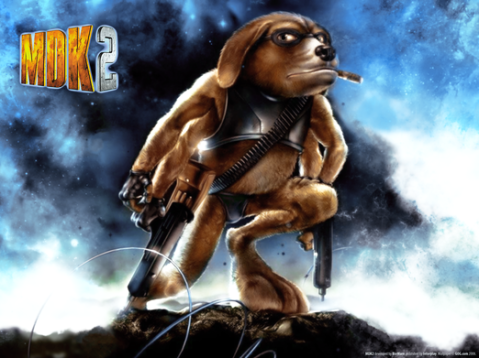 So online game distributor Valve has had MDK 2 for awhile. It’s one of the best games Interplay ever released. Yeah, really really. I mean look at the picture above. You see that gruff, gritty dog with a cigar in his mouth, with four arms, two of them holding SMGs? Yeah, that’s a good marker for how badass this game is.

And for awhile, the version on Steam looked like it did back when it was released. Back in 2000. That’s 12 years ago! The game itself aged well, the visuals not so much. Luckily MDK 2 was rehauled for Beamdog, which also distributes games, but DRM-free and other neat great things. Check ’em out, I like their spunk. Anyway, the HD version that was available for Beamdog is now also available for Steam!