To get the latest on gaming and articles that matter, go here:

Thanks for following and come on over!

To everyone who follows the blog and to newcomers!

Excuse the lack of content for the past few days, but we’re preparing some good new content that is bound to knock socks off. That and a few more things being prepared for the future.

Thanks for your patience and continue support Seven Gaming & Media Source!

MDK2 HD shows up on Steam

So online game distributor Valve has had MDK 2 for awhile. It’s one of the best games Interplay ever released. Yeah, really really. I mean look at the picture above. You see that gruff, gritty dog with a cigar in his mouth, with four arms, two of them holding SMGs? Yeah, that’s a good marker for how badass this game is.

And for awhile, the version on Steam looked like it did back when it was released. Back in 2000. That’s 12 years ago! The game itself aged well, the visuals not so much. Luckily MDK 2 was rehauled for Beamdog, which also distributes games, but DRM-free and other neat great things. Check ’em out, I like their spunk. Anyway, the HD version that was available for Beamdog is now also available for Steam!

A Worthy Read: ‘Journey’ for a fifteen-year old

Rarely do I hear stories that make me feel as good as this one did. I’d love to talk more about it but it would ruin much of the story. It’s a story for Kotaku editor, Kate Cox, to tell. Please give it a read. You’ll be glad you did. This is the stuff you wish would happen more often when you hear stuff regarding video games, experiences and ‘journeys’ that give video games a good name. Gaming can be a very good thing, I believe.

thechineseroom’s next project after ‘Dear Esther’ is pretty ambitious

So UK indie studio, thechineseroom, made a free mod a few years back called ‘Dear Esther’ for Half Life 2 from Valve. It was hugely successful and then it got a facelift and remake using the Source Engine and Valve’s true blessing. It blew a lot of people’s minds. It blew my mind. And it continues to do so. But now it’s time for a new project.

Introducing ‘Everybody’s Gone to the Rapture’. Thus far it’s a beautiful looking game. Not much is said about the whole story for it other than how it’s set in a apocalyptic scenario. But that’s okay with me, i’m very excited to see any and all projects thechineseroom has to offer.

More Minecraftian news! Modder Sonic Ether had long since been developing and releasing versions of his Shaders for Minecraft, recently version 1.2.5. But he released a much improved version of his Shaders a few days ago, also adding a Water Shader to the mix. And boy does it look pretty. Check his Facebook post here! Be warned that the mod is not optimized nor is it bug free, since it is a release candidate.

E3 stays in Los Angeles for years to come

Not much to report here! There had been talks between the ESA (Entertain Software Association) and the city of Los Angeles about whether the legendary E3 Expo was still going to be able to be hosted in the Los Angeles Convention Center and it looks like they finally came to the decision that they’ll be able to stay! According to @e3expo, E3 will continue to take place June 11-13 all the way through 2015. They also advise that fans should follow ESA Senior VP Rich Taylor on Twitter. Can’t wait for next year! 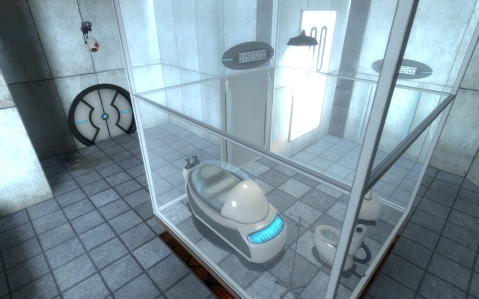 As most people know, Portal isn’t particularly the longest game. It was a small project done by Valve that wasn’t expected to be a particularly big hit. So it was short, stylized, and more addictive than crack.

So addictive, in fact, that people started doing speed runs of the game. World records were being set and recently, a previous world record got torn to pieces. At a record of 9 minutes and 25 seconds, DemonStrate had set the bar pretty high. But not high enough.

Bring in the SourceRun crew. These guys were able, through their combined efforts, to bring down that world record and lay down a new one set at 8 minutes and 31 seconds. Now that is a marvel. They even went through every means to make it SDA (Speed Demo Archives) legal and did not use cheats, scripts, or hacks to achieve this record. That’s a pretty big deal too.

Now who’s next at tackling that monster time?

Minecraft gets a new block in the 1.3 Pre-Release, it’s a game changer

We talked about how the changes in the last Minecraft snapshot weren’t huge gameplay changes, but esthetic and decorative changes that are a very big deal for all those Adventure Map makers and crafters out there.

Well today there’s a new release but it isn’t a snapshot. It’s a pre-release. For 1.3. And with it comes a big change in a small package. Jens Bergensten of Mojang has introduced a new block that significantly changes the way things are run in Adventure Mode and likely for how anything is planned out in Adventure Maps. He’s calling it “Adventure Mode Control Block”. It has the potential of running script that’s pre-inputted in and activated via Redstone. So while it could be used to something as simple as giving a player 500 xp for clearing a dungeon, it could also be used to change difficulty to create more intense instances during segments of gameplay. Incredibly interesting.

As an avid Minecraft player, I can’t wait to see how this develops. Update 1.3 is going to be huge!

Skyrim 1.7 patch coming, Dawnguard DLC still up in the air

All PS3 owners will be glad to know (myself included) that the Skyrim 1.7 patch has been announced by Bethesda over Twitter as coming “in the coming weeks”. The update will bring along features from patch 1.6 such as mounted combat, new kill cams, and more. Unfortunately the Dawnguard DLC is still not going to be available to PS3 owners just yet.

It’ll eventually show but for us who’ve been seeing the content in videos and other media, it couldn’t show up soon enough. Patience is something to really keep in mind though, lest Bethesda make a shoddy, buggy release of the content, in which case there will be many NOT happy people.